Last week, we gave you a list of 10 activities that you can do for free with your youth group this summer. The first suggestion on that list was to organize a giant water fight.

If you’d prefer to organize some wet games and activities that are a bit more structured than just a free-for-all, here are 10 fun youth group water games.

There are brief descriptions of each of the game ideas below, along with links to posts that give step-by-step instructions and rules for each one.

Question: So those are our 10 suggestions of water games for youth. Do you have any other ideas for similar youth group games? We’d love to hear them in the comments below.

For this week’s addition to our collection of youth group games, we have another water game for you – Water Balloon Hot Potato.

Here’s how to play it:

Fill up the water balloons and store them in a bucket(s) of water to help ensure that they don’t burst early. You’ll need one balloon for each young person, plus a few extras in case any do end up bursting early.

It’s best to play this game outdoors, as it’s going to get pretty wet.

Get your youth group to stand in a large circle with 2 feet between them, provided there’s enough space.

Let them know that they’re not supposed to catch it, pause and then throw it on – they have to imagine it’s a hot potato, so it has to be tossed on to the next person immediately.

Soon enough, the balloon will burst – the person who it bursts on is then out. Have the circle move in slightly and then carry on with another water balloon starting from the next person in the circle.

Continue playing hot potato until there’s only one person left.

Here are a few different ways you can play this youth group game:

Question: What other ways of playing Water Balloon Hot Potato can you think of? Let us know in the comments below.

This week we have another water game for youth groups – one that’s designed to make a big splash! Here’s how to play this water balloon challenge:

This is definitely one of those youth group games that you’ll want to play outside due to how wet it’s going to get.

Fill up all of the water balloons and put them in buckets of water to prevent them from bursting early. Provide at least 20 balloons per team (more for larger teams).

Split the teenagers into teams, ideally ones that are the same size.

Have each team designate one of their members as catcher – this is the person who’ll be getting soaked, so you might want to give them the heads up about that before they decide!

The catchers should then hold the colander on top of their head, while their teammates take it in turns to throw the water balloons in the air towards them. Their challenge is to try to catch the balloon in the colander without stepping over their line.

It doesn’t matter that the balloons will burst in the colander, just so long as they landed in there.

The team that manages to catch the most balloons – it’s therefore worth allocating one volunteer per team to count how many get caught.

If you want to make sure that everyone has an opportunity to get wet, play this as a water relay instead.

You can do this by having one person from each team start as catcher and getting one of their teammates to throw a balloon at them. The catcher then runs to the back of his team’s line, while the thrower becomes the catcher.

Keep rotating like this so that everyone has a few opportunities to be both the thrower and catcher.

Question: Have you ever played this Water Balloon Challenge or something like it? Do you have any ideas for how to make it even more fun? We’d love to hear your ideas in the comments below.

Summer’s a great time for youth group games – the weather’s good so you can play them outdoors, plus it gives you an opportunity to play water games.

This week’s idea is a wet twist on a regular classic – Water Balloon Baseball. Here’s how to play it:

Fill up all the water balloons and put them in buckets that are filled with water – this helps prevent them from bursting.

The number of balloons you need will depend on how many young people you have playing – we’d recommend having at least 100 prepared, but for a larger group you’ll need far more.

Set out the cones in the shape of a baseball diamond. If you don’t have cones available, you can use anything else as markers instead.

Split the youth group into same-sized teams. For smaller groups, two teams is fine. For larger groups, split them into more than two teams, but make sure the total number of teams is an even number so that they each have another team to play against.

If you do play with more than two teams and have enough resources, have several games going on at the same time – that way you don’t have loads of young people standing around getting bored while they wait to play.

The first person on a team should line up to bat. The pitcher tosses a water balloon at them and the batter tries to hit it. The batter gets up to three attempts to hit it and burst it – if they miss it all three times, they’re out.

If they miss, the batter continues from second to third base while the pitcher tries hitting them again with one balloon, then from third to home. If the batter manages to get to home plate without having being hit by any of the four water balloons while rounding the bases, they get a home run.

The next member of the team tries doing the same thing – the team keeps going until three players are out, then the other team gets a chance at trying to hit the ‘baseball’. Keep playing until every player has had a chance to bat at least once.

It’s up to you who you choose to have as the pitcher. If you want to make it fair and consistent for each player, you or another volunteer could be the pitcher.

Alternatively, players on the opposing team could take it in turns at pitching.

Question: Are there any other rules or ideas you would add to Water Balloon Baseball? Let us know in the comments below. 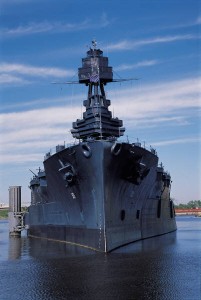 Are your young people tired of playing the same old youth group games and activities each week?

If so, it’s time to pull out the big guns (pun intended!) and play Human Battleship.

Use the rolls of masking tape to create two separate grids on the floor, similar to a regular game of Battleship – this is therefore best played in a large room (or outdoors).

The number of squares you need for the grids in Human Battleship will depend on the number of youth in your group. A good rule of thumb is to have 2-3 times as many squares as you will youth.

Next, write out A1, A2, A3, B1, B2, B3, etc on post-it notes – do two sets of these (one for each grid). The number of letters used will be the same as the number of rows, with the subsequent numbers matching up with the number of columns in each grid. For example, with a 5×6 grid you’d write out post-its for A1-A6 through to E1-E6. Lay these post-it notes on the floor in each square.

Split the youth group in to two teams, with each team selecting one of their members as a General.

The two Generals are given the sheets of paper with the grid lines drawn on them, along with a pen. They then need to turn away from the grids on the floor so that they can’t see where the other players position themselves.

Each of the remaining players then need to stand in a square. When they’re chosen a space, they should pick up the post-it note so that they know which cell they’re in.

Once they’re all in place, the first General calls out a cell number (e.g. D4) for the opposite team, crossing off that square on his sheet. If he “hits” one of the players, they’re out – when they’re hit, encourage the Human Battleships to pretend like they’re sinking, hamming it up in the process. (Consider offering a prize to the best sinking ship impression!)

Once the first General has chosen a cell, the second General should take a turn. Keep playing until there’s just one team with at least one Human Battleship remaining.

If you want to play a more extreme version of this youth group game, prepare some water balloons before the game. When a Battleship gets hit, throw one of the water balloons at them – this acts as both the missile hitting the ship and represents them sinking in the water. Alternatively, use a Super Soaker to shoot them.

Needless to say, it’s better to play the Ultimate version outside!

If you liked this idea, check out all of our games for more fun activities.

Question: Can you think of any ways to enhance how you’d play Human Battleship? Let us know in the comments below.