Here’s a great youth group game that can be played with all your young people in teams or with just a handful of them up front – the Michelin Man Game.

Here’s how to play it:

Get hold of some oversized clothing from a thrift store. You’ll need at least one large top per team (either a T-shirt or sweatshirt), but also having a pair of large pants for each team will make this even funnier.

If you’ll be playing this as an up front game, blow up all the balloons in advance so that they’re about 5″ – 6″ in diameter – this part can be skipped if everyone will be playing in teams.

If you want everyone to participate, split them into equal sized teams by gender – this will hopefully reduce the risk of wandering hands.

For use as an upfront game, pick two to four teams with two or three people in each team.

Give each team the same number of balloons and the same items of clothing. They have to pick one person on the team to wear the clothing – it’ll work out best for them if it’s the slimmest person.

The rest of the players have to blow up the balloons so that they’re 5″ – 6″ wide – they should use the ruler to make sure they’re large enough. The person wearing the clothing then has to stuff the balloons inside their top (and pants if applicable).

Do this for about 5-10 minutes – the length of time will vary depending on how many people are blowing up the balloons and how large the clothing is.

Towards the end, the player wearing the clothes will probably need help stuffing the last few balloons in – make sure there are leaders on hand to ensure things stay appropriate.

This version is much more fast and furious. As the balloons are already blown up, it’s simply a race to try and shove the balloons inside the clothing.

Initially the non-oversized clothes wearing players should help their teammate by passing them the balloons to stuff inside, but towards the end they’ll probably need to assist by pushing the last few balloons in.

The winning team is the one that has the most unburst balloons inside the clothes at the end. There will probably be some burst balloons along the way, so those don’t count.

Don’t forget to get photos!

Question: How would you make the Michelin Man game even better? We’d love to hear your ideas in the comments below.

Today sees the 6th of our hidden gems – posts that you may have missed the first time they were published.

Scavenger hunts are a great activity to play with youth – they:

We’ve given many different scavenger hunt ideas on this blog before and published a resource with 52 of them. We’ve also set up a separate site that gives 3 more ideas each week, so check that out if you’re interested in planning activities like this more regularly.

Today’s hidden gem is one of my favorite scavenger hunts as I have great memories of it – it was the first one I took part in when being a leader at a youth camp.

Everyone had a great time and it was an extremely fun and unique game – it’s something that can really encourage the creativity of your volunteers. So if you’re looking for a different kind of game – especially for using at a camp or youth retreat – check out Hunt The Spy.

Don’t miss out on our other Hidden Gems and all the rest of our future posts by: 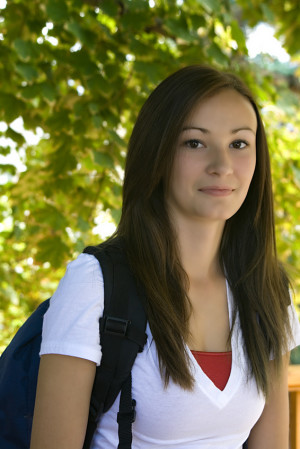 Today we’re continuing our series of Hidden Gems – some of our posts you may have missed the first time round.

How To Explore Self Esteem With Youth

No matter how confident your young people are (or pretend to be), there’s a good chance that at some point they’ll struggle with self esteem and self worth.

This can be caused by any number of factors:

As a youth worker, your job isn’t to make sure that their life is only ever filled with joy and happiness, as that’s never going to happen.

Having said that, as their youth worker you’re in a great position to assist them in exploring their self esteem and self worth and help them through any issues in their life that could be affecting them.

If this is an area you want to address with your youth, then go check out our self esteem activities for teenagers.

Don’t miss out on our other Hidden Gems and all the rest of our future posts by:

Every week, we publish a list of Would You Rather questions with a particular theme – this week, the questions are all about money.

We also have several ideas of discussions and activities you could do with your youth group that tie in with this money theme.

If you’ve not played it before, here’s how to play Would You Rather.

10 Money Would You Rather Questions

These questions could provide a good opening to discuss:

As for youth group activities, here are some suggestions:

If you liked these ideas, check out all our Would You Rather questions.

Question: What other questions can you think of that have a money theme? Or do you have any suggestions for discussions or activities that could be organized off the back of these? We’d love to hear your ideas in the comments below.

When the weather’s nice, it’s always fun to play youth group games outdoors. A few weeks back, we produced a list of great water games which proved to be really popular.

Outdoor games don’t have be wet though, so here are 7 ideas you can use if you want your teens to stay dry – but not necessarily clean!

1. The Welly Wang – Strange name, strange game, yet strangely fun! This is a game we played when I was in the UK and it’s actually pretty hard throwing a welly (gumboot) a long distance. It’s perfect for using if you want to put together some kind of Youth Group Olympics event.

2. Banana Sprite Challenge – This competitive race can also be played inside, but it’s best done outside due to how messy it can become. It also means the youth who aren’t playing can stand back far enough to not get sprayed 😉

3. The Egg Toss – This is definitely one you don’t want to play indoors! It’s a youth group classic for good reason – competitive, potentially messy and loads of fun.

4. Human Battleship – This one was also on our list of water games, but there’s both a dry and wet version. You need quite a bit of space to play Human Battleship, so it’s best used as an outdoor game unless you have a large room available inside.

6. Baked Bean Land Mines – Like the Banana Sprite Challenge, it’s best to play this outdoors as it can get a little messy, although of a more squelchy variety. It’s perfect for using if you need a game about trust or following directions.

7. Barnyard Animals – And finally, here’s another fun candy game. It’s quite a goofy game, but the promise of candy means teens are more than happy to play it. It’s also good for using in a session about communication.

Question: So those are our 7 ideas of outdoor games for teenagers – do you have any other similar youth group games? We’d love to hear your ideas in the comments below.