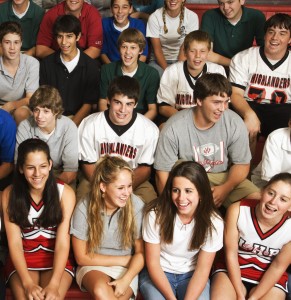 Then last week, I read a post over on Pando Daily where Bryan Goldberg (founder of Bleacher Report) said that he thought coding was most important.

Taking into account how much things have changed since I left school exactly half my life ago (I’m 32 and you finish school at 16 in the UK), there are some subjects I’m glad I learned and others that I wish I had.

So here’s my list of the 10 most important subjects to learn in school:

I still think this is the number one subject that should be taught in schools. No matter how else society and technology changes in the coming decades, we’ll always need to eat, know what foods are healthy, know food hygiene, etc.

I agree with Shae that this is an incredibly vital skill to have. Much of my day is spent typing – not only for my 9-5 job but blogging both here on Youth Workin’ It and over at Scavenger Hunt. If I wasn’t a relatively fast typist, it would take me far longer to do all these things and I’d be far less efficient.

I’ve seen some people say that typing will be less important in the future due to voice input and auto transcribing, but I’m still to be convinced by this. I certainly find it easier to type out my thoughts rather than speak them, although I think Shae’s the opposite as she processes things more easily by talking them out.

Voice activation would also need to greatly improve for me to use it for typing, as my British accent seems to throw it off whenever I try composing an email or text by speaking it. For example, when speaking this last sentence into my phone, this is what comes out:

Voice activation will send me to think im pretty for me to use the typing is Michael Jackson sing to fight off whenever I try composing an email to text by speaking into it.

I also agree with Bryan’s post over on Pando that coding is an incredibly useful skill to have. Learning this subject at school will give students a head start in a global economy where coders are in high demand.

This may seem like a strange one to include, but it’s vital that schools teach students how to learn for themselves so that they continue on this path once they’ve left school.

If you don’t learn new skills, you’ll struggle in an ever-changing work environment. In recent years, some skills, jobs and industries have been made obsolete virtually overnight, so young people can no longer assume that they’ll be able to remain in the same steady job for their entire life.

3D printing is set to revolutionize manufacturing, so the ability to model, design and print 3D products will be an incredibly lucrative skill for young people to have.

In an increasingly globalized world, youth now come into contact with people of many different cultures and this is only going to increase. It’s therefore important for youth to think globally and for them to have an understanding and appreciation of cultures different to theirs.

I don’t think any subjects I learned at school looked at money management, even though this is something that everybody needs to know. Knowing how to budget, understanding how insurance works, understanding how credit and interest rates can cause long term debt are all areas young people need to learn, especially before going off to college and into the workforce.

Although WordPress and custom themes make it relatively easy to create your own website, web design is still an incredibly useful skill that should be taught in schools.

I’m fortunate as I’ve always found mental arithmetic fairly easy and enjoyed math, although I know I’m probably in the minority here. Although I don’t think I’ve ever had to use algebra since I was at school, general numeracy is important in many different walks of life.

Question: How about you – what do you think are the most important subjects to learn in school? Let us know in the comments below.