Q: How do I help young people make ‘informed decisions’? 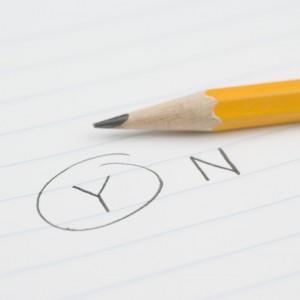 A: Looking back at our post, which was a basic introduction to youth participation, most adults fall into two ways of thinking about youth and decision making.

They either make most decisions for youth or they make very few. But among youth workers there is also this idea that we’re responsible for helping young people make informed decisions.

I believe this often translates to adults doing the reasoning about what is a good choice and what is a bad choice, then giving young people one or two of the best options for the situation and helping them choose one.

I contend that our greater role and area of impact comes not in helping young people make informed decisions once all the reasoning has been done, but actually teaching them how to reason and create options in the first place.

Research shows that young people’s brains are not as developed as adult brains. Adult brains use much less of the ‘gut/fight or flight’ portion of the brain and more of the frontal lobe reasoning regions, whereas a teenager’s brain is still developing the reasoning skills and relies more heavily on instinct and gut reactions.

Other research shows that teens get a new portion of grey matter in their brain that needs to be developed and “pruned”, or else it gets lost. This is why it’s so important to teach young people the process of creating options and reasoning out the consequences. Like all learning, the more they engage in these activities the better those synapses develop, helping them have better cognitive reasoning skills in their later teen years and adulthood.

So what does all this mean for you as a youth worker? Here are 3 ways to help youth make informed decisions

Help young people learn how to identify options and ideas. Yes, even the bad ones. I know you want to protect the young people in your care. But often, young people can’t rationalize all the reasons behind why an idea might not be a good one, and therefore they interpret your ‘no’ as an infringement on the autonomy and identity that they’re trying to form (another part of adolescence).

I once had a group who wanted to run a bikini car wash fundraiser. In November. In England. I allowed the idea to go on the list of options and then one-by-one we went through the options. Yes, there were thirty ideas to go through, and yes, it was a time-consuming process since I, as an adult, could easily pick out the best 3 options and discount the other 27 in about a minute and a half.

Young people can’t do that yet though. They need time to sort out what their options are, then which are poor, good and better options. By giving them the time to explore all the options, you’re allowing their brains the opportunity to learn a new skill of option identification, rather than simply relying on ‘either/or’ (Fischhoff et al., 1999) decision making processes.

Take the time to go through the possible consequences – both positive and negative outcomes. By asking young people questions, they’re able to think through the answers and then come up with a decision or group consensus that makes sense to them, because they thought up the rationales for why the idea would or would not work.

With my group and their fundraising ideas, we went through each idea and considered the pros and cons for each idea. In the case of the bikini car wash, one identified benefit was raising a lot of money, because what man doesn’t want their car washed by a cute girl in a bikini?! The identified negatives included being cold, including possible hypothermia and objectifying the girls in the group.

Through thorough questioning and group facilitation by me (the youth worker), the group came up with these consequences all on their own and identified that the negatives far outweighed the benefits.

Provide a safe place for identifying ideas and exploring consequences through good boundaries and reasonable expectations. Maybe this is the first thing you should do if you’re not doing so already.

The young people in my example knew that it was okay to give any idea they had because we would discuss them; I didn’t just make all the decisions for the group. The young people in my group knew they could trust me because I had built my relationship with them on mutual respect, clear expectations and a willingness to explain why I made decisions or rules and how they benefited from them. They also had a hand in producing the ‘rules’ or group agreement for our times together, giving them ownership and empowerment from the outset of the group.

By teaching young people the process of identifying options and exploring consequences and by providing a safe environment to do this, you’re giving them the tools they need to make a decision for all the times when you’re not there.

It will take time and, most likely, several attempts and some questionable choices, but by starting young (10-12) you’re helping them to develop the best parts of their brain that they will continue to use into adulthood. You’re setting them up for long-term future success.

You might like to check out this activity that also helps young people explore the difference between their brain development and the adults in their lives.

Question: Do you help the young people in your youth group identify their options? If so, how? Please join in the conversation in the comments section.