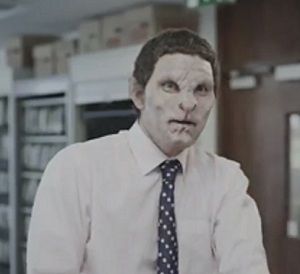 A problem that affects all of us, no matter how hard we try, is judging people by their appearance. For young people, the desire to fit in at school and in social groups can sometimes lead them to make fun of people based on their looks.

This week’s youth work session plan idea addresses this issue by using a music video to challenge youth in their perceptions of others. We’ve then provided a number of discussion questions to get your young people thinking more deeply about how they judge people and how to change their behavior accordingly.

Some of the questions also have your youth self-reflecting about their own appearance and how they’ve been treated by others. They may therefore feel uncomfortable talking about this in front of their peers, so consider having them write down their answers. These don’t even have to be shared with you, as simply reflecting on this and writing their thoughts down could be beneficial for them. If they’re happy for you to read their answers though, this will help give you some insight into where they’re at.

You may therefore not feel that this video is suitable for your youth group, particularly if you work with middle school students.

Kodaline – All I Want

If you’re showing this video with a church youth group, here are some Bible passages that relate to not judging people by their appearance:

For a different take on judging people by their appearance, check out this post on Turning Point’s blog.

Question: Have you ever run a session about judging people by their appearance? How did you address the issue? We’d love it if you’d share your experience in the comments below to help other youth workers in the future.