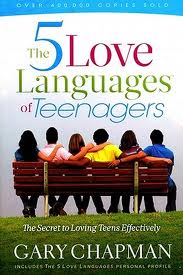 Do you have a young person (or people) in your youth group you secretly hope won’t show up each week? Are you a teacher that has students you’d prefer play truant than come to class? Or a parent who just doesn’t know how to deal with their teenage child.

Today, we have some advice on how to deal with “problem teenagers”. It will seem counter-intuitive. It will feel impossible to do. The advice is only two words. But it’s vital.

The advice is this:

1. Praise is one of the love languages for teens

In his book The Five Love Languages of Teenagers, Gary Chapman states that one of the love languages of teens is “Words of Affirmation” – i.e. praise. If your teen’s love language is praise – if when you say something complimenting them they glow inside and feel loved – how do you think they feel when you do the opposite of this?

When they get all As and one D on their report card and you focus on the D instead of all the As, do they feel loved?

When you tell them how they’re letting everyone down because they’re just too tired to go to band practice due to all their extra-curricular activities, do they feel loved?

When they show up to your youth ministry but smoke outside, you shout at them and ban them from attending for the next two months, do they feel loved?

2. It tells them what they’re doing right

Have you ever had your boss compliment you for something you did well? Did that make you more likely to do the same thing again, or less likely?

Exactly. Youth are the same.

But you don’t know what this young person’s like!

Actually, we probably do. Shae and I have worked as full-time foster parents for teenagers that have been in juvenile detention, in care, have mental health issues and more. We’ve had chairs thrown, had them try whipping us with their belt, been choked from behind and more. We know what “problem teenagers” act like. And the biggest focus of our work with them?

The changes were sometimes big. Sometimes they were small. But positive change happened.

How does praise do this?

When you praise “problem teenagers” – or any youth – you’re telling them they’ve done something well. This makes them feel good and they want to feel good again.

They may not realize this. It might only ever be a subconscious reaction rather than a determined effort to repeat the positive behavior, but it’s there.

So when you praise, be specific and give an explanation. Don’t just say “Good job” or “Nice one”. Don’t get me wrong – any praise is good praise, so if you say “Good job” don’t try taking it back! Just back it up with the reason why they’ve done a good job and why this matters:

By giving an explanation, the young person knows why their positive behavior matters. Where possible, link the explanation to a way it benefits them. This isn’t to make them selfish or self-absorbed, but for “problem teenagers”, they’re more likely to want to do something again if the reason is that it benefits them, rather than someone else. They’ll also be happy that they didn’t get given a “Because” answer!

We’ve referred to “problem teenagers” throughout the article as that’s the way it’s easy to view some young people. This taints our view of them though and makes it more likely that we’ll pick up on the things they do wrong, rather than the things they do right.

See your son or daughter who you love.

See your student who has a future.

See your youth group member that wants to belong to something. Anything.

And watch your relationship blossom.

Question: How have you seen praise change the young people you work with? We’d love to hear your inspiring examples in the comments below.