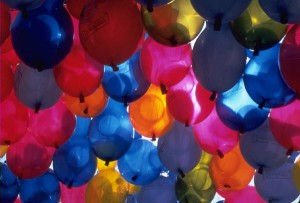 This Getting To Know You icebreaker provides a good opportunity for your students to learn more about each other, so it’s perfect for using when you need some team building activities.

It also helps you and your volunteers get to know your young people better, something that’s particularly helpful if you’re with a new youth group or if it’s in the forming stage of group development.

Here’s how to play the icebreaker:

Cut the sheets of paper into strips – enough for one per person – and number each of them from 1 to however many students you have.

On a separate sheet of paper, write down the names of all the youth and allocate each of them a number (don’t let them see this list though!)

Give each of the teenagers a piece of paper and a pen and ask them to write down three facts about themselves. Explain that as the objective of the game is to help them get to know each other better, they should try to write facts that other people wouldn’t already know about them.

Once they’ve done that, roll each of the slips so that they’re a thin cylindrical shape. Carefully slide each slip of paper into a balloon so that it doesn’t rip, then blow up each balloon and tie the end.

When putting the slips in the balloons, check the number against the list of names to make sure the blown up balloons aren’t handed to the same person.

Give each young person a balloon, taking it in turns to burst it. They then have to read out all three facts from the slip of paper and guess which member of the youth group wrote it.

Once you’ve finished playing this icebreaker, collect up all the slips of paper and write the corresponding teenager’s name on it (this could be a good job for one of your volunteers).

Keep hold of these slips and try to memorize the facts about each of them over time. This will help when having conversations with them in the future about their interests and might also help you plan youth group activities that interest them.

Once the game’s over, you could take some time to have a discussion about some of the different facts they learned about each other. Did anyone hear a fact about someone else that was also true for them?

This discussion has the potential to go in a couple of different directions:

If the first option happens, highlight this as a way in which they have common ground with each other, thereby helping them to bond.

If the latter happens, use this as an opportunity to celebrate the diversity and uniqueness of your group. If you’re a church youth group, you could also use this as a way to talk about the church being one body made up of different parts.

If you liked this idea, check out all of our other youth group games.

Question: What would you do to make this Getting To Know You icebreaker more fun? Let us know in the comments below.