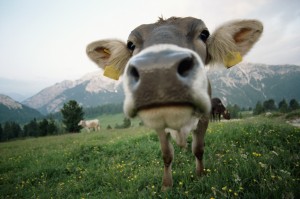 It’s a good getting-to-know-you game, but also works really well for sessions about communication. For churches and other faith-based organizations, it works well as a ‘game with a point’ about hearing from God.

Youth workers also enjoy this game, so you might even find a good use for it at a training or team retreat. I’ve even played this with 5-11’s in a children’s ministry. So many uses and so much fun – how can you go wrong?!

(Yup, that’s it. Easy on the budget – this game just gets better and better!)

Once all the candy has been collected, count up the pieces – the team with the most pieces of candy wins. Then let each team divide up the candy they’ve collected between their members.

You can reflect afterwards and make it a game with a point by asking questions about communication or other topics you want to draw out of the game based on your session.

Question: Have you played Barnyard Animals before? If so, how did you use it in your youth group or session? Let us know in the comments below.